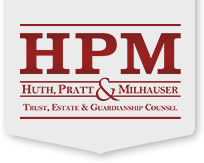 Estate Tax Back on the Bargaining Table?

In early January, in order to avoid the so called “Fiscal Cliff,” the estate tax exemption was “permanently” increased to $5.25 million, indexed for inflation. In addition, the gift and generation-skipping transfer (GST) taxes were increased to $5.25 million. This law removed almost the entire national population from concerning themselves with the estate tax and allowed people to focus on other aspects of estate planning.

Now, with Obama’s new budget proposal, those permanent provisions are back on the bargaining table. The President’s budget proposes reinstating the estate, gift, and GST taxes to 2009 levels beginning in tax year 2018.

The portability of unused exemption amounts between spouses would be made permanent, however.

In terms of sophisticated estate planning, the proposal also seeks to eliminate many techniques that are used to reduce estate, gift and GST taxes. For instance, the duration of GST trusts would be limited to 90 years. Currently in Florida GST trusts can last up to 360 years.

Other strategies on the chopping block include valuation discounts and grantor retained annuity trusts (GRATs).

Although the estate tax appeared to be a closed issue, the President has highlighted changes that will no doubt spur debate between democrats and republicans. Without the certainty of permanent legislation, proper planning must account for these proposed changes. Lowering the exemption to $3.5 million and removing the inflation adjustment will produce more taxable estates and people must plan accordingly.